Solving the problem of phishing !

Why world will be never cooler again !

The below article discusses my point of view in a mix technical fashion.

To give you more feel of what I am saying, imagine back in middle ages, a person living in the middle of desert introduced to a water cooler, he would say it is the coolest thing. But if we take the same person to Greenland he stays for a week there, will he feel the same when he comes back ?, Probably not. Why ? because now he knows there is a cooler place possible where he can live.

Fast-forward to near present, Long before AC’s were just an idea – water cooler were luxury and fans were the things which gave chill while cool breeze used to give a chill. Slowly, globalization took over – science innovated, AC’s were reality. Water coolers became more like fan, their cool wind was now filled with moisture, fans became dry.

The perception of world has changed, that’s the reason – global warming can never be stopped, it can only be slowed, why ?

All this would feel normal , but this is a loop where once we are caught it’s hard to get out (probably never) why? – Let’s dig deeper.

Now, You can’t live without AC – because outside is hotter. It’s us making it hotter to make it cooler. The out will feel hotter day by day – people will lower the temperature – world will keep getting hotter because you want it to be cool. Sad thing – it will never end.

What can we do ?
One could say move to nature, it will take a lot more effort to educate everyone on this planet. My suggestion ? Sit in AC room and discuss possible solutions. 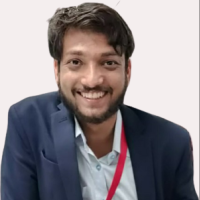